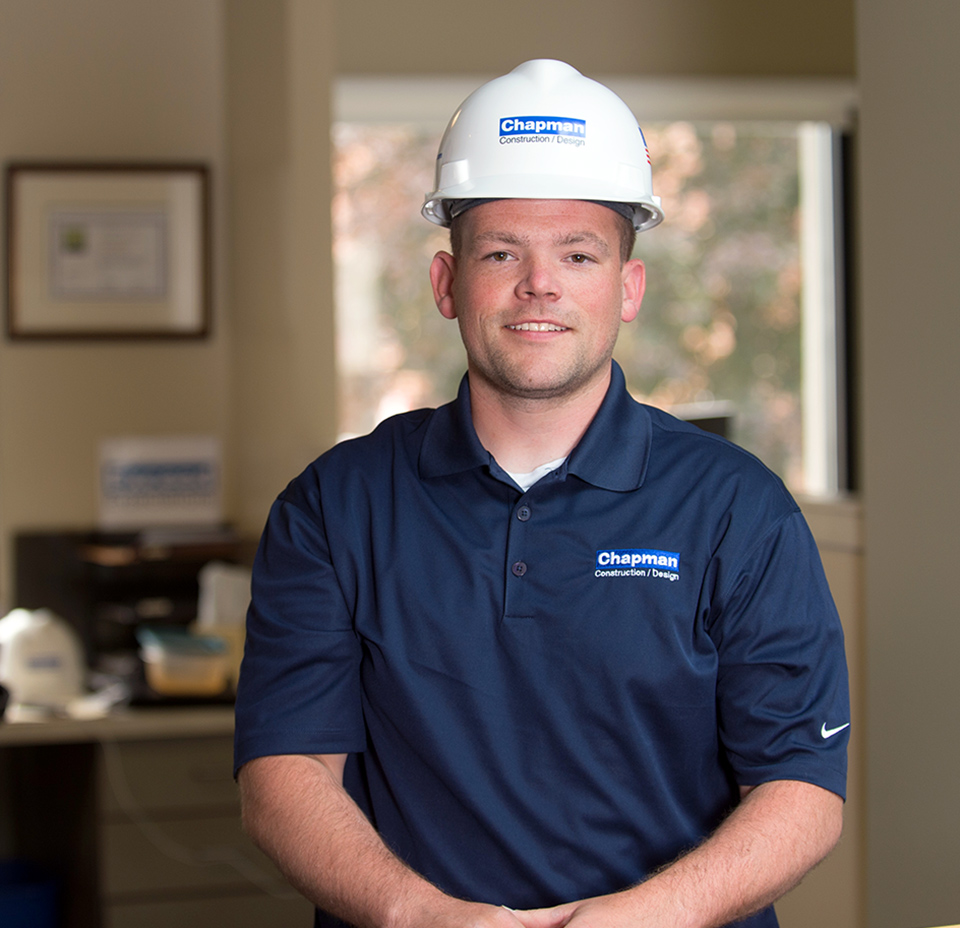 Bob started at Chapman in 2007 as a general laborer and quickly learned the ropes from the many Chapman site supervisors who mentored him. Using his vast skill set and knowledge of construction combined with his focus on teamwork and collaboration, Bob has consistently proven his ability to supervise successful projects of all types and sizes, and he is now one of Chapman’s most sought-after Senior Construction Supervisors.
Bob welcomes the challenges that projects can bring as they test his abilities and further expand his knowledge of all things construction. Bob’s knowledge, calm demeanor, and ability to problem-solve make him a tremendous asset to every project team and jobsite he is on.
His favorite project to date is the Drumlin Farm Environmental Learning Center. Bob enjoyed the Net Zero Energy aspect of the project as it challenged him to learn about new building techniques involving the building envelope and mechanical portions of the project, making the turnover to a happy client even more rewarding.
When Bob is not on a job site, he can be found spending time with his family, who he hopes to one day take to Banff National Park.