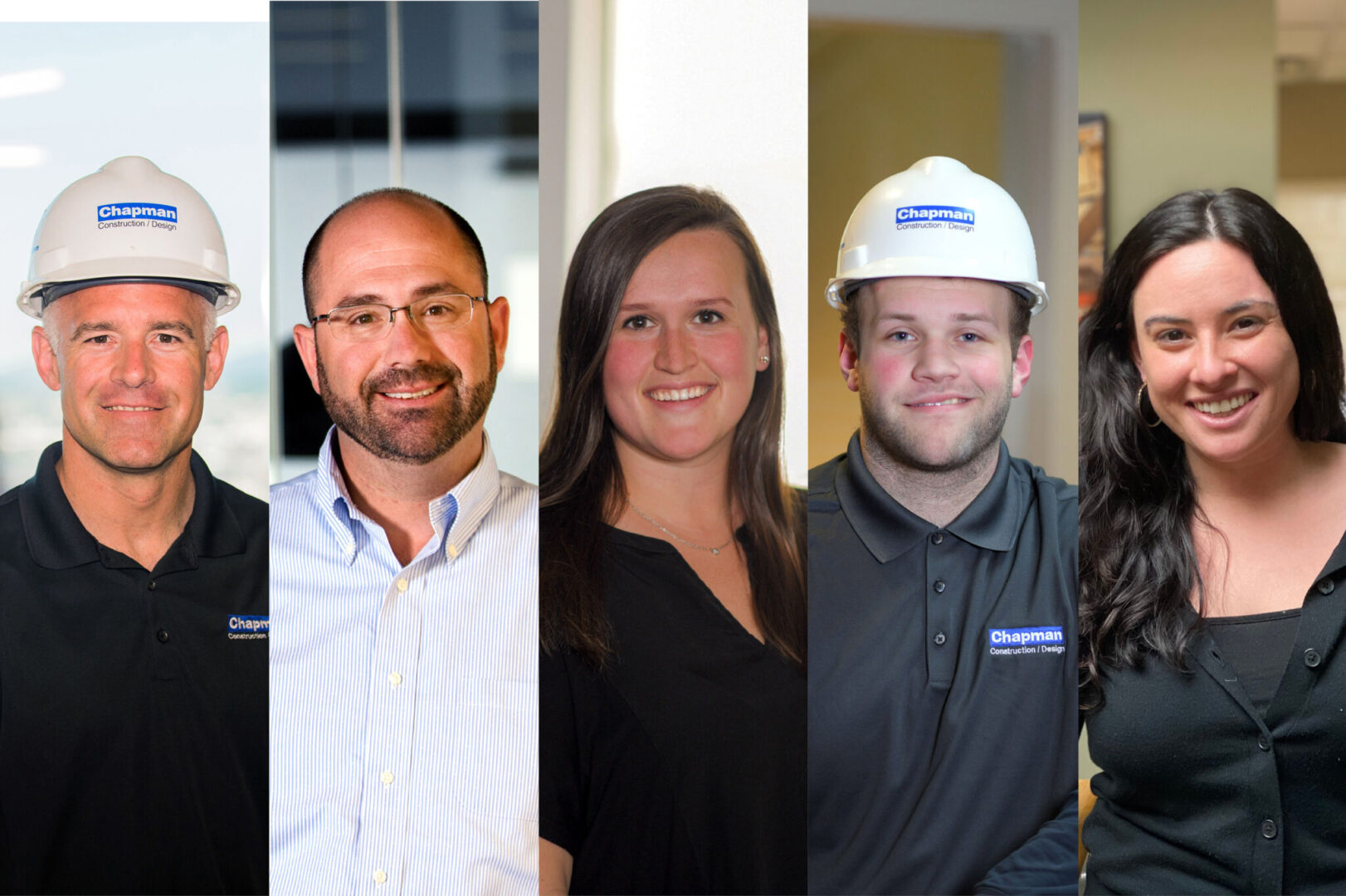 Please join us in congratulating the following people on their recent promotions!

Senior Construction Supervisor Mike Beaudry has been named Chapman’s General Superintendent. Hired as a laborer more than 28 years ago, Mike immediately became an invaluable member of our team. His dedication and ever-expanding skillset and expertise earned him his subsequent roles as Construction Supervisor and Senior Construction Supervisor. Mike’s ability to deliver a wide range of complex projects, combined with his collaborative approach and can-do attitude, make him the perfect fit for this role. Mike is excited to bring a fresh approach to our construction process, while exceeding expectations and ensuring quality on every project and jobsite.

Senior Project Manager Jason Grinacoff has been named Project Executive. Jason started at Chapman in 2005 as an Assistant Project Manager, and through his dedication, attention to detail, and strong work ethic, he quickly demonstrated the ability to lead and support a team through even the most challenging projects. Over the last five years, Jason has played an integral role in the initiative to expand Chapman’s healthcare portfolio. Jason has advanced our business development efforts and run several large and complicated healthcare projects with clients like Encompass Health, Brigham & Women’s, Harvard Vanguard, and Newton-Wellesley Hospital. Jason is proficient and knowledgeable on the technical aspects of construction and has even earned his American Society of Healthcare Engineers Healthcare Construction Certification, signifying his understanding of the complexities of working within healthcare facilities. Jason’s efforts have helped Chapman grow into a prominent construction management firm in the healthcare industry, and we thank him for his more than 15 years of hard work and dedication to our team.

Katherine Lesko has been named Marketing Coordinator. In her three years with Chapman as an Administrative Assistant, Katherine has been a tremendous asset to our team, and over the last year, she has made significant contributions to our marketing & business development efforts. Katherine’s creativity, positive attitude, and willingness to help with any task have secured her a full-time position on the marketing team.

Paul Daniels has been named Assistant Construction Supervisor. After more than two years of working as a General Laborer, Paul has grown tremendously, consistently exemplifying Chapman’s core values and proving to be a vital and trustworthy team member on every project. His hard work, eagerness to learn, and willingness to help with any task has earned him his new role.

Project Assistant Shelby Long has been promoted to the role of Assistant Project Manager. In her two years with Chapman, Shelby’s work ethic and superior communication skills have proved invaluable to every project she is on. Shelby has provided major contributions to many of our repeat clients including Bose, Boston University, MITRE, and Nuance. We are excited to see her take on even more responsibilities and project types in her new role!