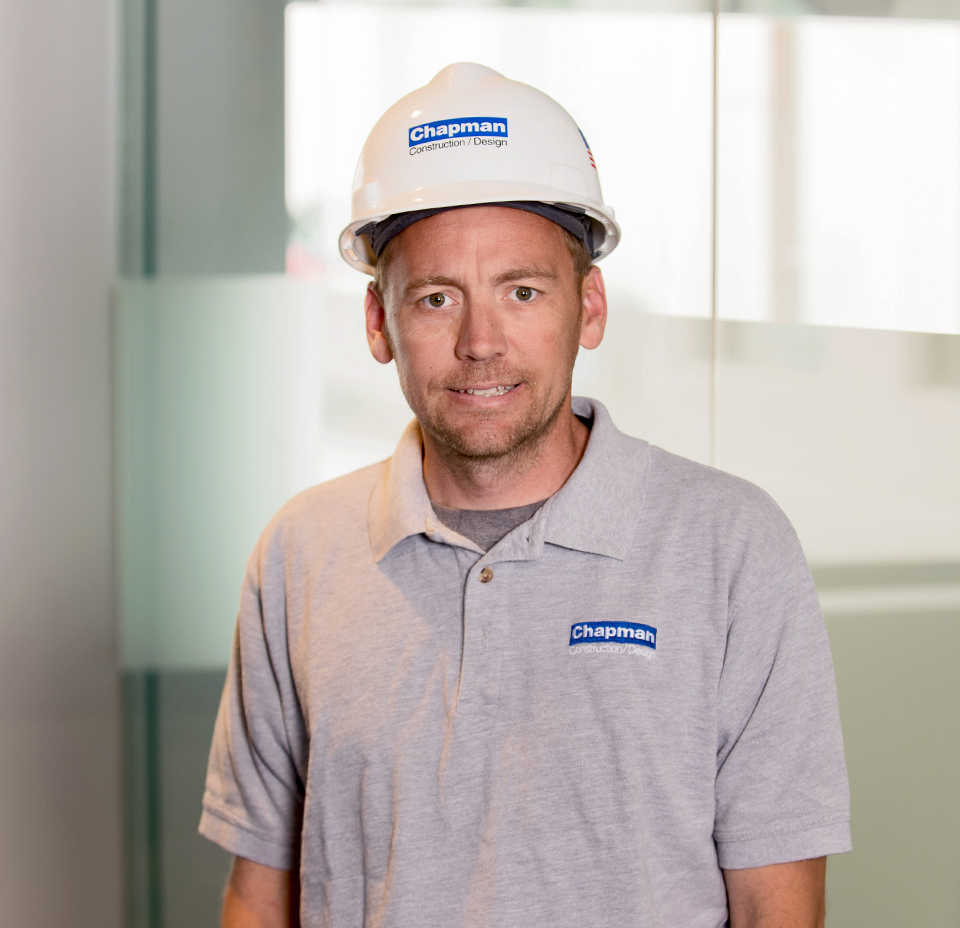 Randy’s start in construction came in high school, and prior to joining Chapman, he ran his own residential and commercial construction company. In his current role as Construction Supervisor, Randy approaches complex projects by breaking them down into smaller steps, reducing the process into understandable phases with measurable milestones. He also prides himself on his ability to “lead a project” rather than just run it, and he relishes in the comradery and friendships that he builds in the process.

Randy’s favorite projects have been the creation of secure rooms for defense contractors. He enjoys the challenge of these jobs, and he takes pride in knowing that he is doing his part to help his country.

When Randy isn’t leading a project, you can find him spending time with his family and studying their ancestral history. Randy is an avid genealogist and he hopes to one day travel to Northern France and Wales to tour where his ancestors came from!